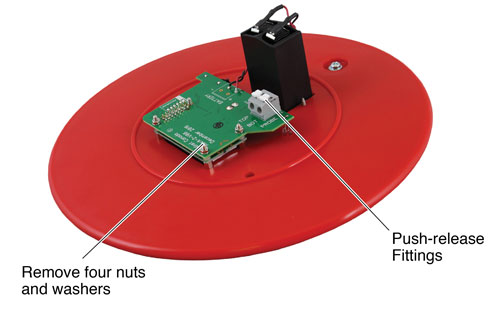 Back of the Model 201 Water Level Temperature Meter Faceplate

There is a "P" etched on the tape to help denote the proper orientation of the tape – top and bottom leads.