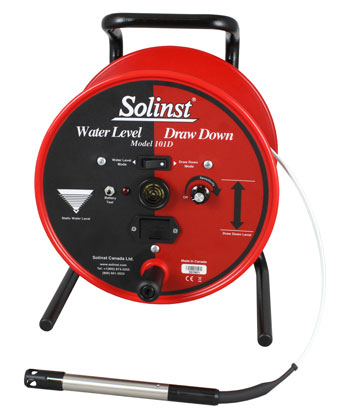 The 101D Water Level DrawDown Meter has all of the same qualities as our well-known 101 P7 Water Level Meter, with the added feature of a drawdown mode. One simple toggle switches between static water level and drawdown measurements.

The battery test button can check the circuit in both water level and drawdown modes. The on/off sensitivity control allows the buzzer to be turned down in cascading water and ensures a clear signal in high and low conductivity conditions.